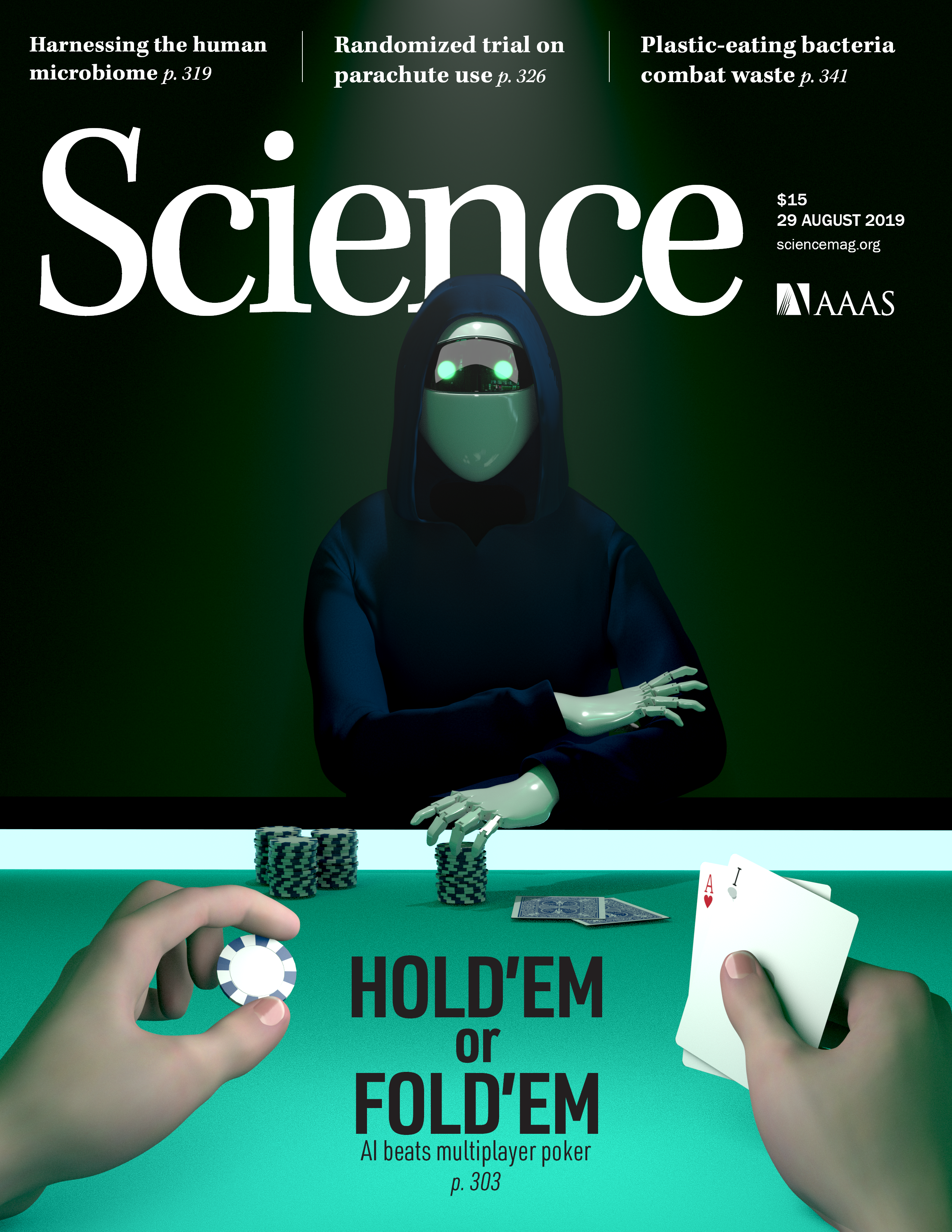 Artificial intelligence (AI) has defeated human players in a multitude of games, including checkers, chess, Go, and two-player poker. However, multiplayer poker like Texas Hold’Em has remained a challenge due to its fundamental difference, namely that of hidden information. In Hold’Em, each player has two cards dealt to them which only they can see; all players can view five community cards. The player that makes the best five-card hand using their two “hole cards” and five community cards wins. By increasing the number of players with hidden information (each player’s hole cards), determining successful play based on other player’s previous actions becomes increasingly difficult.

The authors of this paper1 describe the development and testing of Pluribus, an AI built upon a previous AI (Libratus) which beat professional players at two-player poker. Experimental evaluation showed Pluribus was able to successfully defeat elite professional poker players at six-player games (5 humans + Pluribus).

I designed this piece as a mock editorial cover based on this paper1 for a scientific journal based on a published paper. Initial concept sketches were rendered in Procreate. 3D modeling was performed in Maya with additional sculpting refinement and polypainting of the human hands in ZBrush. Titles were designed in Illustrator and final compositing done in Photoshop. 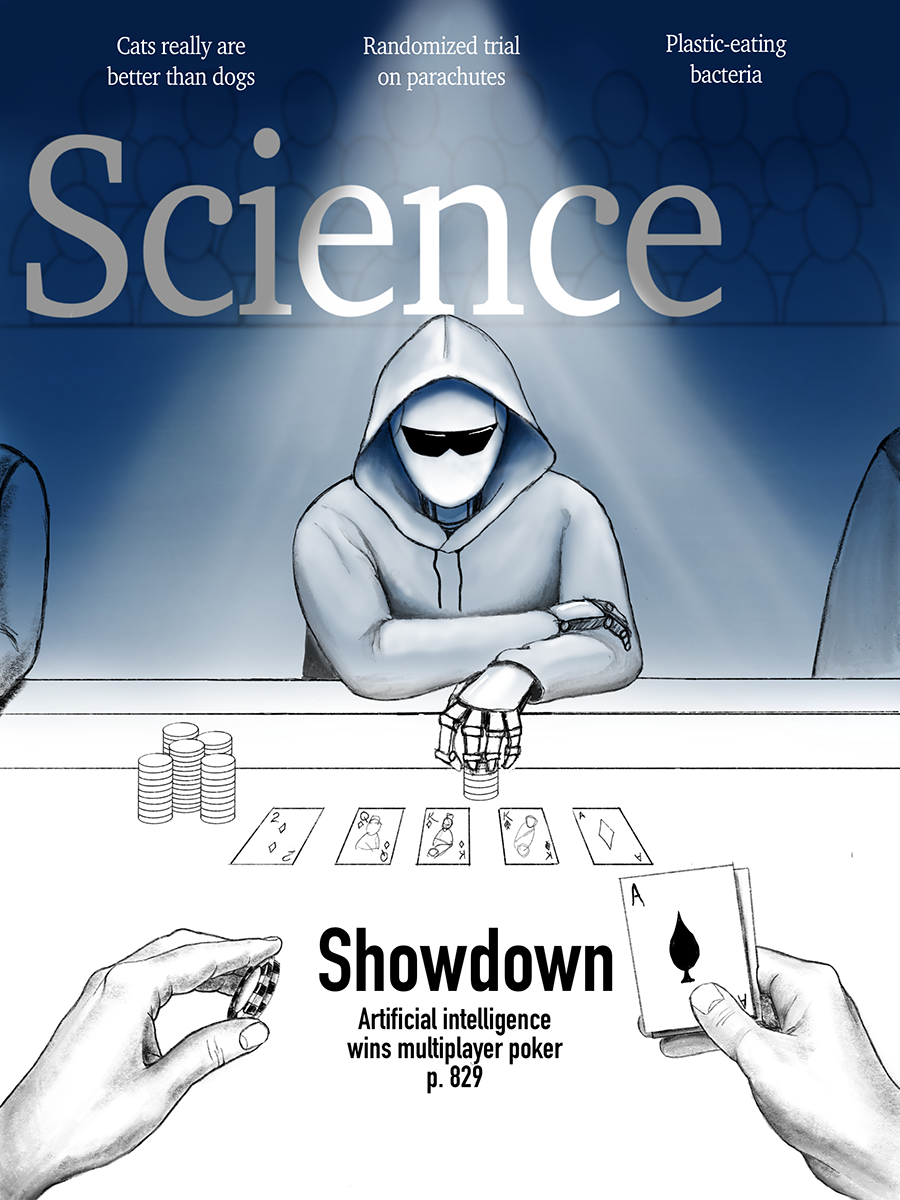 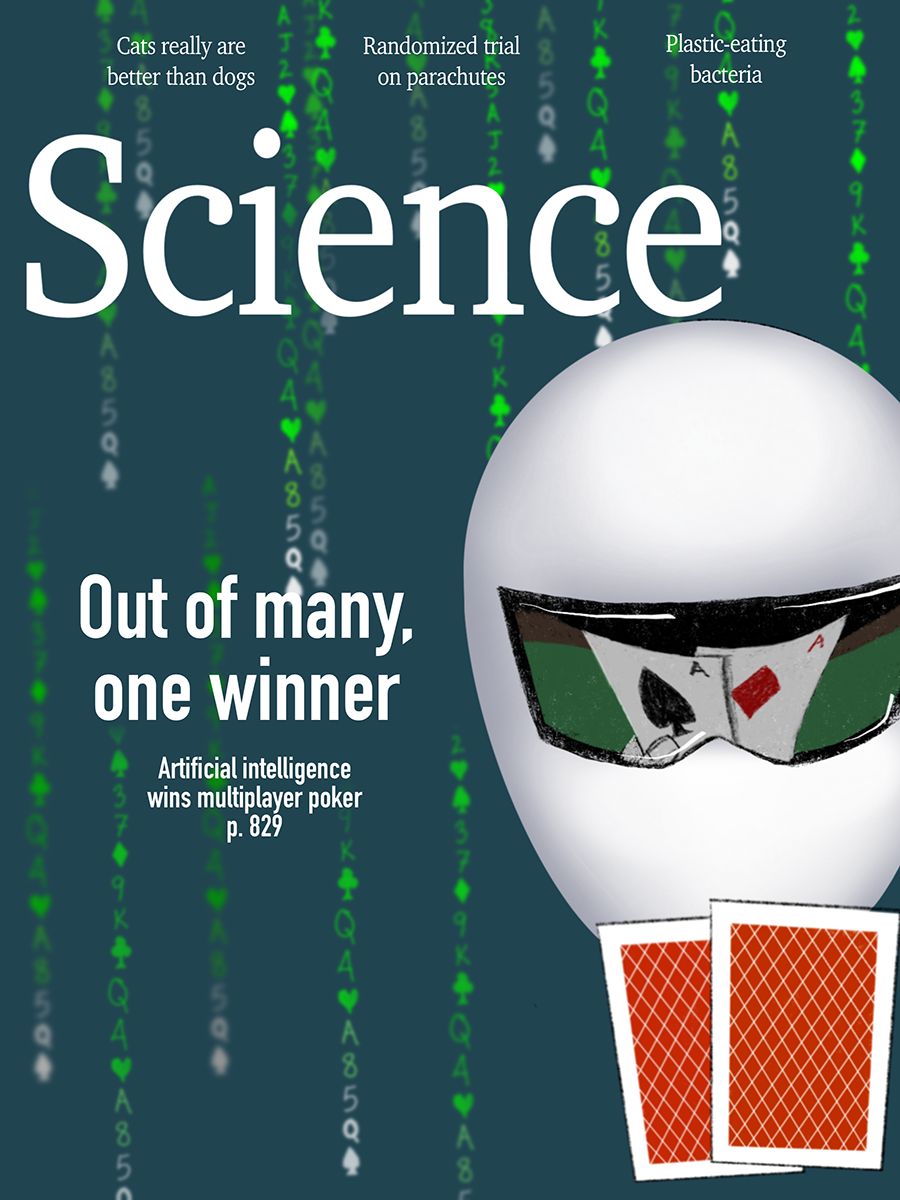 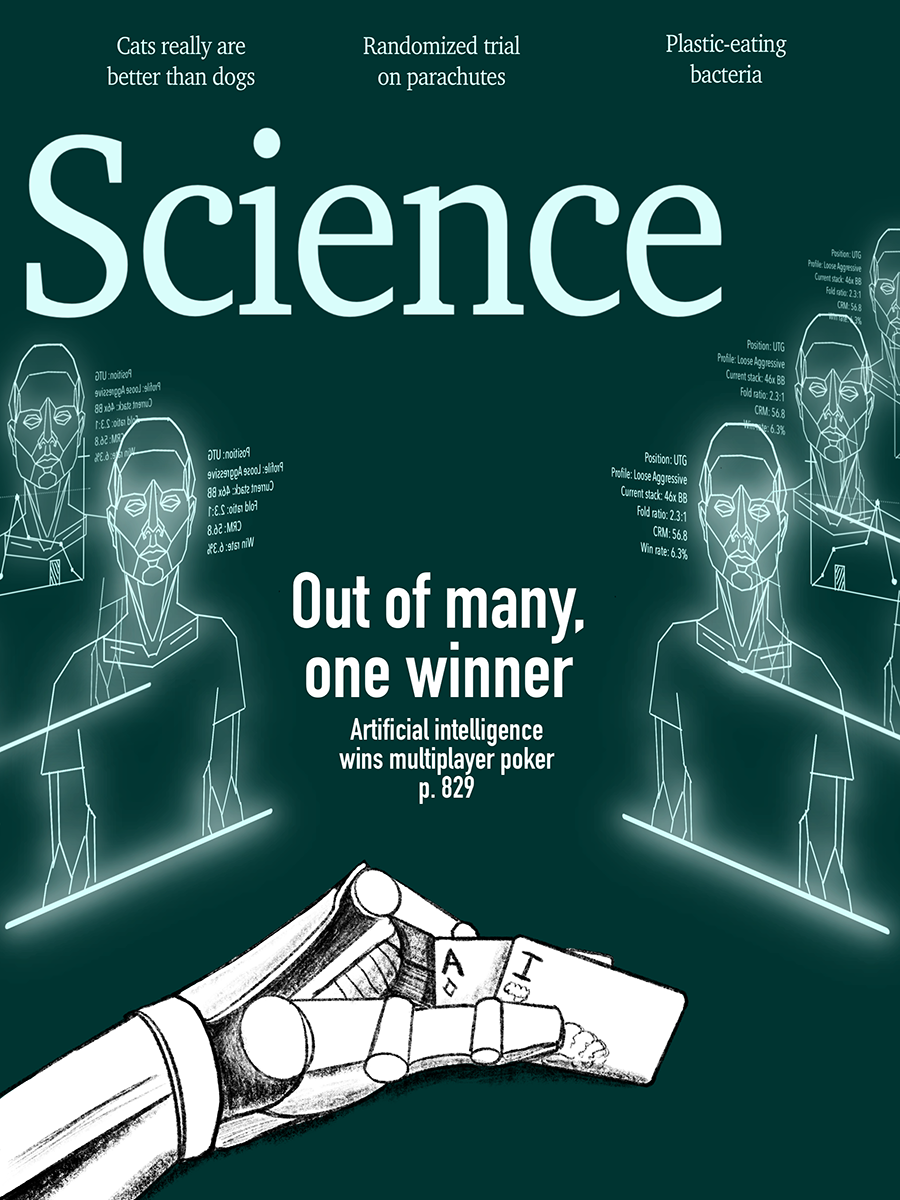 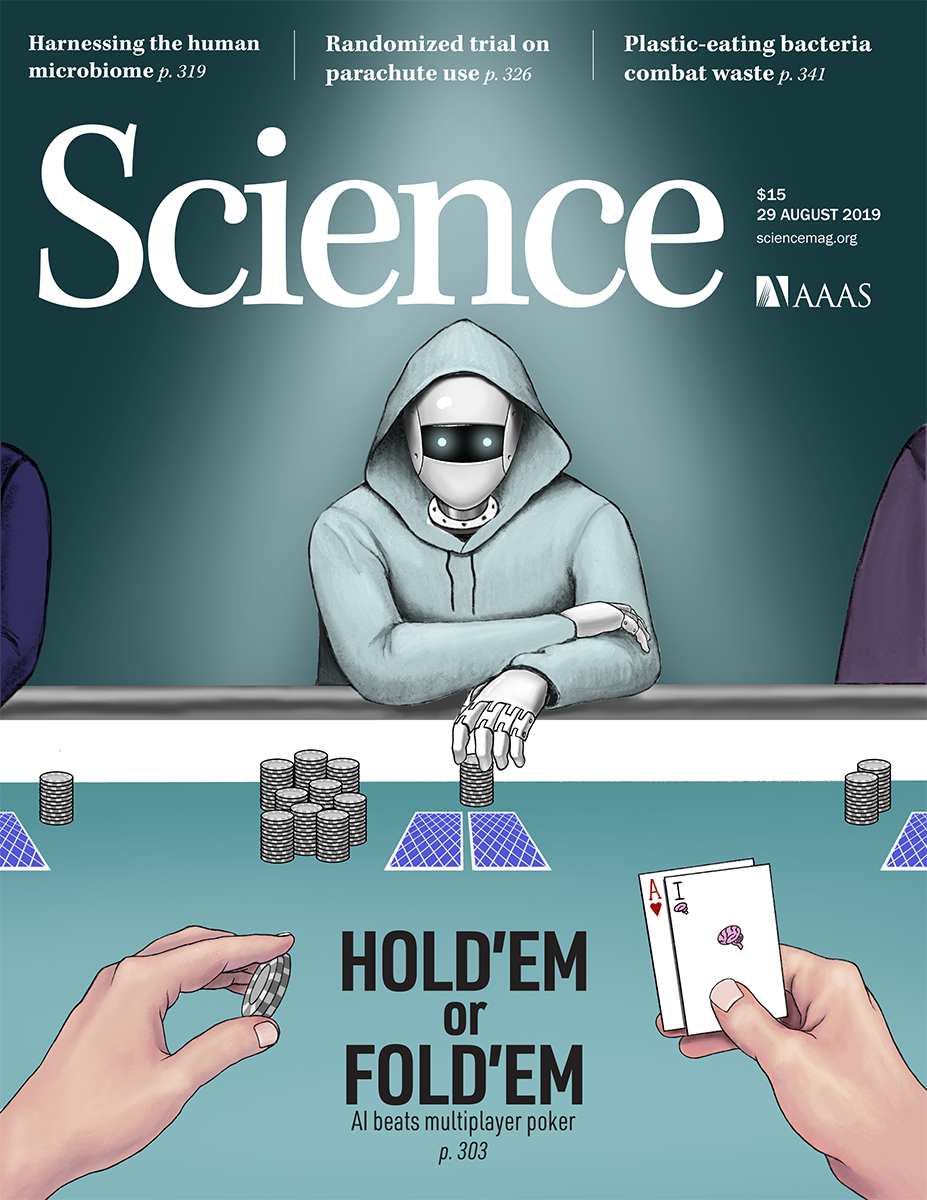